And now for something, as they say, COMPLETELY different! A tough, dark read about Tanner Moore, the CTO of a massive tech company, who is kidnapped by a fanatic serial killer and his vigilante hacker group. Tanner must navigate their underground prison and brainwashing techniques to find the truth behind his kidnapping in a world of distortion. It’s also a totally new media type here too, I don’t think I’ve ever had an audio extract so hopefully you enjoy!

It’s 2025. Tanner Moore is at the top of his game in the high-stakes world of big technology.

As C.T.O. of Paragon, the largest corporation in the world, Tanner is about to release the greatest convenience innovation in the history of eCommerce: drone delivery services to every inch of the globe.

But when an interview with journalist Amy Noral is secretly recorded and published by the clickbait media, Tanner’s fall from grace is swift and brutal.

He is fired, publicly condemned as a terrorist for comments he never made, and kidnapped by a mysterious vigilante group using surveillance data to track and kill their enemies. Tanner must navigate their underground headquarters full of violent zealots and hedonist hackers to find his way to freedom, or see his drone technology used as the most advanced assassination tool ever devised.

Above ground, Amy, the only person who doubts Tanner’s guilt, delves into the string of mysterious circumstances surrounding Tanner’s disappearance. Risking her own well-being to find the truth, she meets a mysterious conspiracy theorist on the internet offering to help her uncover the vigilante group’s malicious purpose.

Moral Panic explores the collision of the most extreme elements of politics, ideology, and technological media manipulation. It wanders through the maze of modern surveillance with a skeptical eye on the data-driven world we live in, hoping an awareness of the possibility of such a story prevents it from coming true in the real world.

Hi everyone! Just wanted to share an extract from My Kind of Perfect,’ the third book in the ‘Friends Like These’ series by Hannah Ellis, which I reviewed yesterday (see review here.)

Please note, as always, that the cover image leads to a universal buy link for Amazon.

“Well, I won’t be dancing at work.” I managed to keep a straight face as I watched Jason shimmy up to Anne with some dirty dancing moves. “It’s very unprofessional if you ask me.”

“Told you!” Anne said to Jason.

“Told him what?” I asked with the distinct feeling that I was walking into a trap.

“I said there’s no way you’d dance. I know you so well. It’s okay! Some people aren’t as good at letting go as others.”

“I said I bet you had some moves,” Jason winked at me.

“Prove it,” he challenged. The song ended, and as the next song kicked in, I reluctantly rose from my chair and began an awkward dance toward the middle of the room. Anne gave a little cheer and moved towards me, shaking her shoulders so that her sizeable bosom bounced in front of her. I did a little twirl in order to move away from her, and laughed at how ridiculous my morning was. I relaxed and found myself getting lost in the music, suddenly not caring that I looked like an absolute lunatic. I let myself go and it could easily have been a Saturday night on a sticky dance floor somewhere.

I laughed out loud as I stepped up onto the chair and then my desk. Technically, Anne and I shared a desk. It was one long table, which curved down the length of the room like a wave. Anne and Jason cheered me on and I danced my heart out, strutting my stuff along the entire length of the desk. I was flinging my arms around wildly when I noticed Greg standing in his office doorway, watching me. His arms were folded against his chest and one eyebrow was slightly raised. Greg was a serious sort of guy but he was also a big softie. I knew I wouldn’t be in any trouble with him but he could definitely put an end to the fun with just a look.

Jason moved to stop the music as Greg’s presence killed the atmosphere, and I was left feeling slightly awkward as I stood on the desk looking down. Greg’s stern expression didn’t change as he held out his hand and passed a five pound note to Jason who then turned to high-five Anne.

“He didn’t think I could get you to dance,” Jason beamed at me.

“I argued that you were far too professional to dance at work.” Greg remained unsmiling as he looked up at me.

“It’s because I’m so dedicated that I did it!” I protested. “I was totally against the idea but Jason told me about the article about increased productivity…” I glared at Jason as I stepped down from the desk. “You made all that up didn’t you?”

I went back to my chair as he and Anne collapsed into fits of giggles.

“I only did it to improve productivity,” I repeated to Greg who was still hovering.

“So you think you could be more productive?” he looked at me seriously.

“No! Of course not… but…” I realised I was digging myself a hole so I stopped talking and turned on my computer. “See, I’ve got work to do. I’m not standing around giggling like some people.” I glared at Anne and then looked up to see the corners of Greg’s mouth twitching before he disappeared into his office at the back of the shop.

“You were right,” Jason grinned at me. “You do have some moves!” He snorted as he re-enacted some of my dance moves, making Anne even more hysterical. 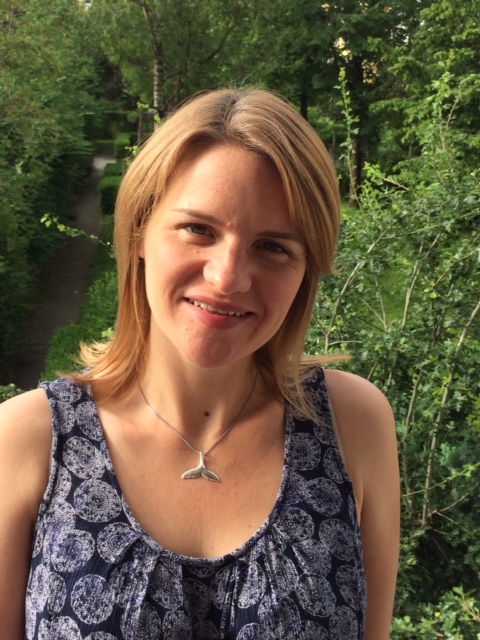 Following my review yesterday (see it here), I hope you enjoy this extract from The Theseus Paradox by David Videcette. Remember the Kindle edition is only 99p at Amazon UK from Friday 26th Feb 2016 at 8.00am to Monday 29th Feb 2016 at 11.00pm. Sales are supporting a charity called The Police Dependants’ Trust – which helps police officers with their mental wellbeing after experiencing a major national event such as a mass shooting, plane crash or as in DI Jake Flannagan’s case – a terrorist attack.

Excerpt: Jake had picked the easy route this morning; the good old-fashioned way: get in, have a look around… and get out.

He was inside. He moved to the front of the house and stood in the small kitchen, surveying the jaundiced Formica units. What had Wasim been doing in here before he left? Jake had a quick scout around; everything looked normal – neat and tidy, nothing out of place.

As he bent down to begin scrabbling around in the kitchen cupboards, he saw it: two brown marks on the white linoleum floor in front of the washing machine.

All washing machines leaked water after a certain amount of time. It would run down and collect on the legs and feet, turning them rusty. When you pulled a unit out from the wall, the feet would inevitably leave marks on the floor, as per Dr Edmond Locard’s exchange principle: ‘Every contact leaves a trace’.

Jake touched the marks on the lino. They were wet. The machine had definitely been moved that morning. Before 0300 hours? Why?

He wrestled the machine away from the wall. A pipe was loose at the back. Taking out a kit from his pocket, he wiped the inside of the pipe with a cotton bud, then placed the cotton bud inside the vial.

He shook it. The entire vial turned brown instantly.

It was positive for HMTD. Hexamethylene triperoxide diamine – a highly explosive organic compound that lent itself well to acting as an initiator.

Wasim had a bomb.