Please note that the cover image leads to a universal Amazon buy link for the book.

Also Will You Be My Friend? is in bookshops now or pick up your copy online here!

I was flicking through my sister’s extensive book collection (library!) a few months ago and came across a book of children’s poems. As I read, I made the ‘oh!’ sound at one or two (generally about grandparents!) and chortled at others (I particularly loved one about fussy eaters-turned out the fussy eater of the family loved it too!), and began to read some of them to my eldest, who is nine. He laughed and asked could he see it, whereby the others began to clamour to get to it (we finally settled it by getting the eldest to read). Now my kids are not bookworms by any means, and I can’t tell you how excited I got. They were fighting over a book! Not Lego, nor the xBox controller, but a real life, honest to goodness book! So I turned to my sister. That’s a great book, I said, did you get it in Easons? I expected her to tell me she’d got it somewhere random, some time ago and it was out of print and there was no way of me finding it anywhere. Instead she looked at me strangely and said ‘Was I talking about this? Because Gabriel wrote it! And he’s the bookshop tomorrow launching their new kids corner. I’m sure he’d sign one for you!

Now as an aside, isn’t life weird? That he should be signing THAT weekend? And that he was actually a relative? Anyhoo, moving along! We all landed at the bookshop the following morning, her four (aged 9 to 16) and my four (aged 2 to 9), filing into a gorgeous little bookshop that was swarming with children. They decided to take group photos with just the kids and that’s when things got interesting. I could see my six year old in the background bouncing along and was too far away to get to him. He was pulling faces and jumping all over the place among kids that were beaming with twinkly eyes, fully photo ready (my kids were not.)

Anyhoo, when they finished I ran up to Gabriel with two of them, with a four year old who was trying to make a run for it. Holding him squirming and fidgeting, I stuck a hand out to Gabriel. ‘Your book is amazing,’ I gushed. ‘I adore it, and the kids were reading it and laughing over it all morning. And some of the poems were so sad. They were just amazing!’ (Seemingly I only  had this particular word in my box of tricks, I hoped silently he didn’t know I was a writer.) ‘I have a blog and I’d love to put a picture up of you and the book and the kiddies.’

Gabriel smiled, as he is beyond a smiley man. He beamed, actually and thanked me and said of course as I thrust about six books at him and asked him to sign for family and friends. In the meantime I had two trying to get away and he was trying not to look concerned as I continuously hauled them back, with them gnashing and griping (they’re not always like that!).

‘They’re having a great day,’ I gushed, ‘I can’t believe we’re here when you’re here.’

He nodded. ‘You’re staying in Coolahan’s aren’t you?’ He asked. ‘Do you know I’m related to Joe?’

‘So am I!’ I said (stupid brain had nothing more as I turned away, with what was probably a terrifying smile, again trying to keep one of the little fiends from escaping).

I’d love to say there’s a picture. We took about ten, but in one of them it looked like two were trying to escape, two more had grumpy kids in them, one looked like my nine year old was bullying the other, the other looked like his cousin had threatened him. None went with the ‘we are having a great morning here in X’s bookshop theme I was going for! Saying that we had an amazing morning I won’t forget, and came back with some stash (including our first David Walliams books, which have since been digested) and of course this, a book of poetry, signed, that has been read and re-read and re-read by all it was gifted to (my best friend has told me her little girl carries it about with her a lot!).

The reason I’m telling  you this now is that it’s coming up to Christmas, and if you know kids that are ‘non readers,’ and would never have considered getting them a book, then this book is for you. If you have readers, this book is also for you. Ridunculously highly recommended. 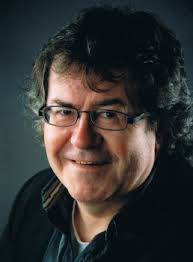 Okay. So. A while ago I tweeted that I had got an email from Amazon stating my Kindle Unlimited membership had started, thanking me and telling me that I was going to be able to enjoy countless great titles that would go straight to my Kindle. Great. Sorry, actually, what was that now?

A little detective work later culminated in my six year old and eight year old jumping around the room and telling me that they had ‘robbed Daddy’s laptop’ and ‘found a way to get me free books’ and I pretty much had an idea what had happened. Cue freak outs on the fact that our kids knew how to get past passwords and into Amazon and then a deep breath and an ‘I have to go email and get them to cancel it’ from me. But this didn’t happen. Why? Because I was left alone with the laptop that I use for writing and blogging. There was no way in hell I was going to email someone when I could get a blog post out.

Weeks on and the €8.99 has now come out of our account. So I took this as an opportunity to go online and star reading  up on Kindle Unlimited (KU). The FAQs told me it was easy to cancel and that I could use the service to take out ten books of an arsenal of up to one million titles (swoon) until the next billing date, when, obviously, if I’ve cancelled, the book disappears. So I said, well, if I’ve been billed I may as well get my money’s worth. I logged on and my first idea was to look up all those books, usually from what I call the headliner publishers, that on Kindle would cost that bit more than I’m willing to spend, would have a waiting list attached at our local library and would have prices in the bookshop are borderline crackers (sorry, but a quarter of a hundred euro for a book that’ll be read just once doesn’t sit great with me). The problem, obviously, is that all of these titles are more likely to be multiple platforms, and not exclusive to Amazon, which is what is required for a book to be eligible for KU, but, then I had a light bulb moment, went to my wish list on Amazon and began to work my way through the list to see which were on KU. As a result I grabbed the following books that I’ve been meaning to read for ever and now, with a time limit on me I have the perfect excuse!

I’m going to leave it at four, as I’ve some review copies to read, and, well, you know, a pretty full Kindle. As for my membership? I will be cancelling … although maybe not this month … Ahem. Anyhoo, I’ll keep you posted. Happy reading all!:)